What you need to know about prescription drug addiction 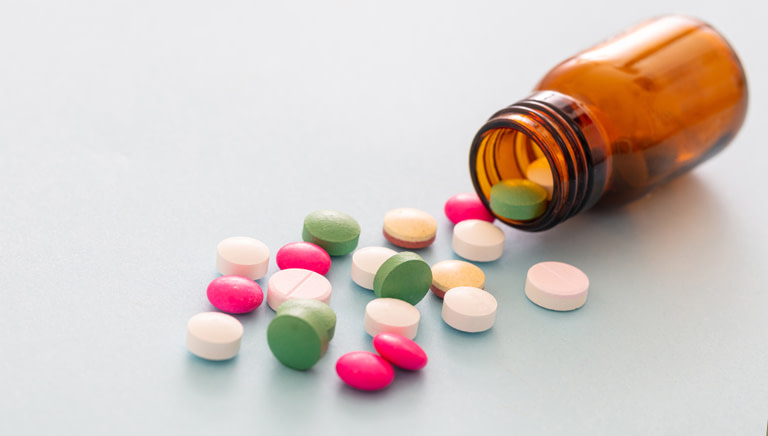 Take your life back!

Our recovery program is simple and straightforward

Most times, when we hear about substance abuse, we assume it only relates to alcohol, illegal drugs cooked in labs, dank basements, and so on. We may not realize that medication – prescription drugs- can be abused and addictive too. The National Centre for Drug Abuse Statistics (NCDAS) estimates that 53 million or 19.4% of people aged 12 years and older in America have used illegal drugs or misused prescription drugs in 2017. It’s apparent that this has become a serious health issue.  So how does medication go from healing to endangering one’s health?

What is prescription drug abuse and addiction?

Doctors prescribe drugs to their patients to help with various illnesses that ail them. Such drugs may include painkillers, antidepressants, or pills that help you sleep. These drugs are usually powerful and are only recommended to be taken in the exact dosage prescribed and for a specified period of time. Now, when people take these drugs without really needing them, without consulting a doctor and for the purpose of simply experiencing the euphoria that the drug causes, it becomes prescription drug abuse.

There’s a difference between medicine misuse and medicine abuse. The former is when one does need the drug, but they don’t follow their doctor’s instruction on how to take it. For example, they take more than what is prescribed, or they use the wrong drug to ‘cure’ their ailment, like taking some Percocet for a minor headache instead of an aspirin.

Abuse occurs when you don’t need the drug at all, yet take it for the feelings it gives you. It’s a very thin line that blurs constantly.

People who abuse drugs may be able to quit if they want to, but when they become totally dependent on these ‘highs’ and ‘lows’ and their body consequently needs larger doses to achieve the same state of euphoria, it may become an addiction.

There are a variety of drugs that can be abused, but some of the most addictive include:
• Opiates
These are usually in the form of pain medications that trick the brain into believing that something pleasant it’s going on, to put the brain at ease even though the body may be in excruciating pain. This is done by making the brain release a lot more dopamine than usual. Dopamine is a chemical the brain releases when you feel nice. Examples of some opiates include Vicodine, OxyContin, Fentanyl, Codeine, Morphine.
Opiates are the most addictive prescription drugs. In 2017 alone, according to the NCDAS, more than 17,000 of opioid-related drug overdose deaths were as a result of prescription opioids.
• CNS Stimulants
These drugs tend to stimulate and boost the brain, which may bring about intense attentiveness, focus or energy – similar to how the brain responds to cocaine. Doctors usually prescribe them to people with disorders such as ADHD, ADD, depression and also for weight control. Adderall, Ritalin, Dexedrine and Vyanse are examples of stimulants.
• CNS Depressants
This class of drugs slow down brain function and produce a numbed-up feeling; they are usually used to treat anxiety symptoms. And when combined with substances like alcohol, they really slow the heart rate and can cause breathing problems which may be fatal. CNS depressants include Valium and Xanax.

What are the signs of prescription drug addiction in adults?

All these drugs alter the chemical balance in the brain, causing the increased release of certain chemicals like dopamine which induce a state of euphoria. When taken for a long time or in doses not prescribed by the doctor, it may change the reward system. This causes the person to be dependent on that drug to feel good, and later on, they may need larger doses to feel the same level of euphoria.  And when they are unable to support their addiction, they may move on to cheaper and more dangerous ways to get a fix. This is addiction.
Signs of addiction include:
• Drowsiness
• Nausea
• Poor Concentration
• Need for larger doses
• Mood swings
• Increased or Decreased sleep
• Spending too much money on the drugs (even though it’s not needed)
• Stealing pills
• Jumping from doctor to doctor for prescriptions.
The effects and consequences of prescription drug addiction are far-reaching and may include regular emergency admission, psychological issues, and a whole lot of health problems.
Family is also affected, as addiction may cause strife between family members and friends who have to deal with increased aggression levels, secrecy, mental turmoil and other associated occurrences. It also puts a strain on family finances too, as persons who are addicted may make use of family money to fund their addiction. The family may also need to bail out the person in dire circumstances.
The community is not unaffected, and may also witness increased domestic abuses, unemployment and violence amongst other societal ills.

The road to recovery

Though it may look bleak, prescription drug addiction can be stopped – especially if it’s spotted early. Once you or a friend/family member realizes that you’re exhibiting signs of prescription drug addiction, the first step should be to seek help.
Right now, there are a variety of methods ranging from medical detox to recovery support and coaching which may entail a chemical health evaluation to ascertain the level of dependency on a drug(s).
Recovery is not only a personal affair. The family or social circle is also a part of the recovery process, and recovery life coaching programs will make sure that that healing is all-round and no facet is neglected.
Getting better may take time, but with the right support, it becomes easier.
At HKC Recovery Coaching, we are committed to helping you or your loved one break the chain of drug addiction. Our recovery program is there to give you or your loved one, the help and aftercare that is needed. You can reach us 24/7 for any help you may require, including questions and more information on addiction. It’s possible to stop. It’s possible to have a positive recovery. It’s one call away.

If you are ready to make your pain the source of your power, just give us a call!

Addiction has become major problem of modern humanity. It should be known that HKC is not just a drug addiction recovery center. Primarily, HKC recovery coaching is a place for those who are ready to change and can no longer remain in despair. Our goal is to create a supportive environment so that you can better understand yourself and destroy your addictions, fears, and fixations. Remember, you are not alone in your struggle. If you are ready to make your pain the source of your power, just give us a call!