What to do if you feel cocaine addiction? 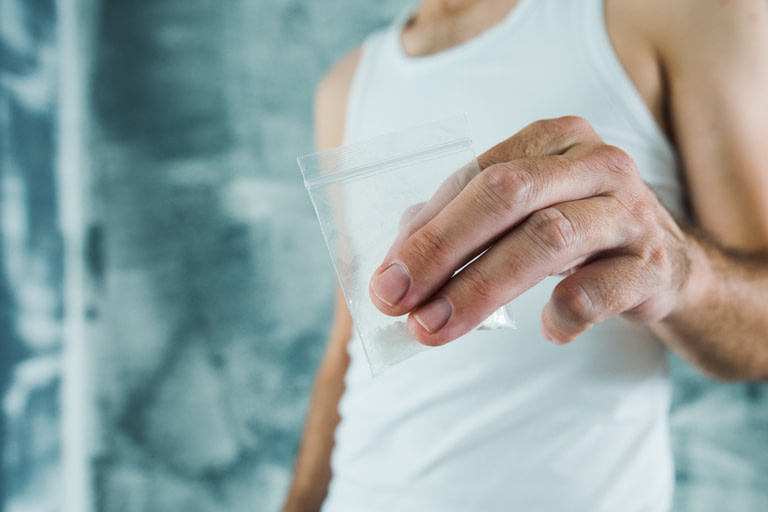 Take your life back!

Our recovery program is simple and straightforward

Cocaine is a very insidious substance and when it is used, cocaine addiction occurs quite quickly. The body not only becomes dependent on it, but also develops immunity, which forces a person to take the drug each time more and more to achieve the previous euphoria. Cocaine leads to a false sense of omnipotence, making people feel stronger and smarter. To break a cocaine addiction, the help of professionals is needed since the person himself will not be able to cope with the craving for this substance.

When a person is under the influence of a narcotic substance, he feels false sexual power. Therefore, many men do not see anything wrong with consuming several cocaine paths while spending time with friends. However, a problem arises when intermittent use becomes a constant addiction to cocaine, which leads to many problems. Contacting the recovery center can help get rid of this problem once and for all.

Cocaine addiction help near me – the recovery center

Even with the first use of cocaine, the body experiences critical changes and stress. This substance has a short-term effect, and after the first try, there is a strong desire to be under its effects for as long as possible. The first sign that you are addicted to coke is the desire to try it again. A person begins to lose control over their actions, and begins to spend a lot of money, leading themselves to physical and mental devastation. In this case, the following signs are observed:
External signs of use:

From the cardiovascular system:

After prolonged or intensive use, appears:

In the later stages of cocaine use, crack bugs under skin, a general depletion of the body, and an obsessive persecution mania appear. When this paranoia period passes, depression, apathy, and a sense of meaninglessness occurs. At this point, addicts often ask themselves how to stop using cocaine, and where to look for help. This is the best time to go to a dependency recovery center.

Many addicted people justify their addiction using several arguments. However, all these reasons are only an excuse to take a new dose of a narcotic substance. Here are 10 facts about drug addiction that will help you understand how life-threatening it is:

It is extremely important to seek help in time, while the process is in its early stages. The greater the experience of use, the more difficult it is for a person to return to normal life.

How does cocaine effect the human body?

Many people who have used the drug several times wonder “How do i know if i’m addicted to cocaine and do I need help?” A person who is dependent on narcotics experiences a regular desire to receive a new portion of these substances. Cocaine is no exception– people dependent on this substance often don’t know when to say “stop” and this leads to overdoses. As a result, people find themselves in situations their addiction is to blame – friends and relatives turn their backs on them, they lose their jobs and spend the last money to buy drugs. Short-term effects and cocaine use behavioral signs include:

As soon as the moment has come, you should immediately seek the help of professionals. Cocaine injections can cause additional health complications, which are usually more dangerous with more serious long-term consequences, and can be fatal.

The process of adapting the body to cocaine occurs quite quickly, and a short period to get used to it. When this substance tightly enters your life, it is very difficult to stop abusing and achieve positive recovery without help. When you stop using cocaine or reduce the dose, many symptoms appear, both physical and mental. When cocaine regularly ingested, a strong sense of euphoria arises, and reactions such as happiness and joy are commonplace.
However, when a person stops using, the body experiences painful sensations, and there is a strong craving for the drug. When withdrawal symptoms occur, the feeling of euphoria disappears and a feeling of loss, helplessness, and depressed mood appears. Many have thoughts of suicide. Therefore, it is important that the addict is under control by specialists at this stage. In our center, we help family recovery and to return to normal life.

Getting rid of cocaine addiction in a recovery center

In our HKC recovery coaching center, favorable conditions have been created for getting rid of different types of addiction. We provide round-the-clock assistance for our guests, and use various types of wellness programs. In the conditions of our center, full-fledged sober living will again become a reality for you! 24-hour care will allow you to safely get rid of cocaine addiction, and recover in a clean environment. Our methods for getting rid of cocaine addiction include:

We try to make the conditions of stay in our center as comfortable as possible, and use an individualistic approach to each guest. Our goal is your recovery and wishes. Welcome to life sober living without drug addiction!

If you are ready to make your pain the source of your power, just give us a call!

Addiction has become major problem of modern humanity. It should be known that HKC is not just a drug addiction recovery center. Primarily, HKC recovery coaching is a place for those who are ready to change and can no longer remain in despair. Our goal is to create a supportive environment so that you can better understand yourself and destroy your addictions, fears, and fixations. Remember, you are not alone in your struggle. If you are ready to make your pain the source of your power, just give us a call!